Dan is the founding shareholder of DeSouza Law.  His practice concentrates on complex commercial disputes in state, federal, and bankruptcy courts throughout the United States. Dan’s areas of concentration include litigation of business torts (such as tortious interference, breach of fiduciary duty, fraudulent inducement, and misappropriation claims), employment disputes (on behalf of both employers and employees), and complex contractual disputes between businesses. He is committed to obtaining practical, creative, and efficient solutions for his clients in both litigation and negotiations of settlements. In addition, Danis well-known in the South Florida legal community for his leadership in e-discovery and disputes involving discovery of electronically stored information. He frequently speaks at e-discovery conferences and continuing legal education courses presented to clients, judges, in-house counsel, and practicing attorneys.

Dan understands that most litigation clients share a common bond – they hate litigation. It is an expensive and often frustrating event, and clients generally prefer to avoid litigation like the plague. Because of this, Danalso publishes a blog specifically for clients that is aptly named http://www.IHateLitigation.com. The blog uses humor to tackle real-world issues typically faced by clients and provide practical tips to lessen the sting of litigation.

Prior to moving back to Florida in 2010, Dan practiced at Milbank, Tweed, Hadley & McCloy LLP in Washington, D.C., where he focused on a range of areas including complex commercial litigation and bankruptcy litigation on behalf of national and multinational institutional clients. Dan then worked as a senior attorney with Becker & Poliakoff, PA’s Business Litigation practice group for four years prior to establishing DeSouza Law in 2014.

Dan’s recent matters include a wide array of commercial and business disputes that he resolved for his clients: Some of my highlights

Off Topic Favorite Things to Do

Here’s The Good Stuff. Some of My Best Work Is Featured Below. 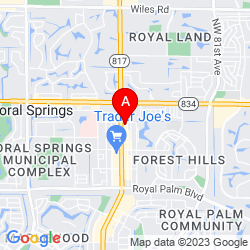